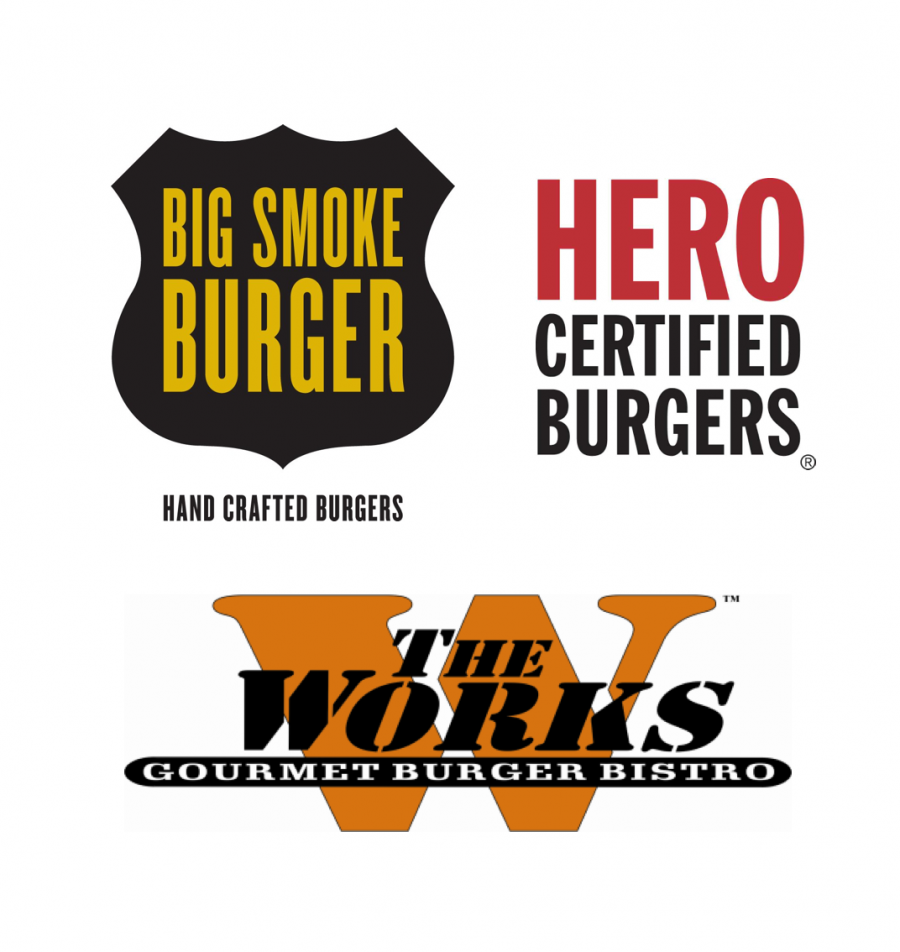 I recently started a marketing internship in downtown Toronto, and I can tell you that an unpaid internship with three nearby gourmet burger joints do not go well together. This meant that I had to try all of them.

I walked into the Front St. Hero Burger on an overcast day and was greeted with the smell of beef, a Polish cashier, and a plethora of TV monitors serving as the menu. Subtract the Polish cashier with the thick Eastern-European accent and the burning LED Panasonic screens and you were left with one strong image. That image was a modern and minimalist take on a big juciy burger with fresh greasy fries that unlike our friends with the golden logo, has more potato than salt in their fries. Charcoal was an included side. 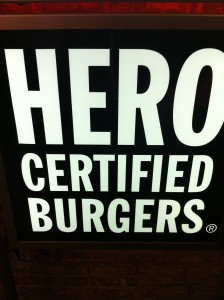 I also swung by Big Smoke to experience their brand (and burger). Although a logo is a very small part of a brand, I can’t go further without saying that I’d be challenged to find difference between the fonts used in their logo and Hero’s logo. They’re both condensed bold sans-serif typefaces. Even the kerning and tracking seems to be the same.

Among the two joints, Hero had a Starbucks feel and Big Smoke felt as if it was the next-door coffee joint that wanted to be Starbucks yet was way more personable because their owners saw customer interaction more valuable than rigid efficiency guidelines. Big Smoke emitted more of a sit-down feel and you got to see a bit more of the mysterious cooking process behind your burger than Hero. Yet between the two, you were paying more to receive a well-done burger with “real” beef regardless of where you went, the only difference being what material your table was going to be made out of.

The most differentiated of them all is The Works. First, notice that their brand name doesn’t even include the word “burger” in it. But most importantly, they had the most consistent experience. Where both Hero Burger and Big Smoke try to force upon you a modern and contemporary burger experience, The Works creates an environment where burgers become a personal trait. So much so that aside from the rustic visual branding and the aluminum trays, you don’t really know how else to associate your experience at The Works other than being able to chose your favourite burger from over 50 options. However, the rustic pub atmosphere of The Works may be enough for it’s long-term survival, whereas Hero Burger and Big Smoke lack any direction other than the ride on the trend roller coaster .

← Awesome articles on the role of colour in visual branding
Facebook Home will hurt Google and a cross-platform BBM means nothing →
On Social
Categories
Recent Posts
Copyright 2013 Michael Cacho / Posted media is the respective Copyright of the brands referred to herein.